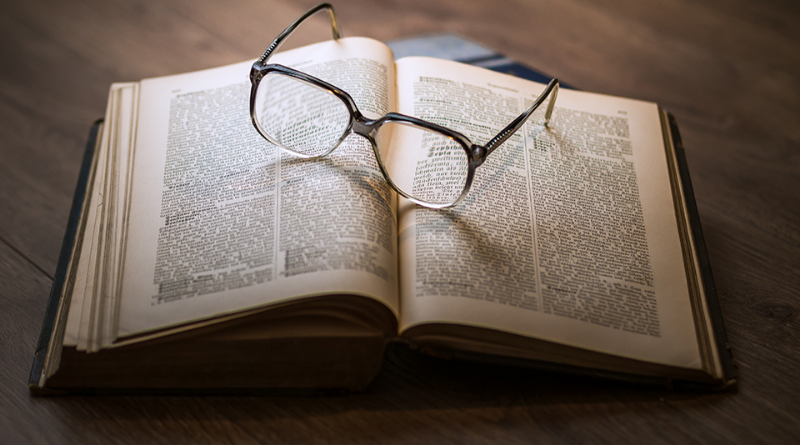 The return of the Jewish exiles from Babylon to
Jerusalem, initiated by Cyrus, king of Persia, whose spirit God stirred up to proclaim their release, marked the commencement of the rebuilding of the temple as discussed in the previous lesson. However, the reconstruction of the temple under the leadership of Zerubbabel, assisted by Joshua, the priest, with fifty thousand returnees met with opposition and persecution by the enemies of the Jews and led to a halt, albeit, temporarily. At the resumption of the work, governors Tatnai and Shetharboznai came to query them on the legality of their action and sent a letter of protest to King Darius, the then Persian king, to hinder the project.

In this lesson, the king responded by issuing a decree to search royal archives for any records of legal backing for the reconstruction of the temple in Jerusalem by his predecessor. The finding culminated in the continuation, completion and dedication of the work to God. Meanwhile, it is important to note that when God initiates a project, He gives the grace necessary to complete it despite delays or obstacles. This challenges believers not to abandon the task of rebuilding lives that have been broken by sin and Satan but bring them to Jesus for restoration and renewal.

“Then Darius the king made a decree, and search was made in the house of rolls, where the treasures were laid up in Babylon” (Ezra 6:1). Following the recommendation that search should be made in the royal archives for any authorisation for rebuilding the Jewish temple by king Cyrus, a decree was made to that effect by Darius (Ezra 5:17; 6:1). In the course of searching, a roll (document) containing the authorisation was found. Also found was the architectural design of the temple approved by Cyrus and the directive that all the vessels of the house of God captured by Nebuchadnezzar should be returned to the temple. We learn here that record-keeping is very important. Personal, family, church and business records should be kept diligently as this would be a source of useful information and reference. The Persians were scrupulous in keeping records to such an extent that there could be no ambiguity or misunderstanding of details. Church records must be clear, concise and complete.

Equally instructive is the diligence with which the Persians searched to determine the validity of the rebuilding project embarked upon by the Jews. Diligent and honest investigations should be made in all matters of controversy to avoid miscarriage of justice (Deuteronomy 13:12-18; Joshua 22:10-34). Hasty and unguided decisions often lead to a situation where innocent persons are punished. This was what happened during the reign of Artaxerxes who ordered the work to stop when a vindictive letter was written against the Jews without checking the records in order to arrive at a fair decision (Ezra 4:6-24). Believers should learn, therefore, to prove all things and hold that which is good.

Following the findings from the royal records, Darius issued a decree saying, “Let the work of this house of God alone; let the governor of the Jews and the elders of the Jews build this house of God in his place” (Ezra 6:7). Like Cyrus, he also supported the work materially. Through the decree, he directed the governor to use tax revenue to fund the project (Ezra 6:8-12). We learn here that, one, there may be a temporary setback when doing the will and work of God, but the Lord will ultimately triumph (Acts 5:38.39). Two, God is capable of moving people in authority to do His will (Proverbs 21:1). Three, the leadership of the church should bear in mind that God will always stir up the spirit of people who will fund His projects. Funding should be sought from willing and cheerful givers especially among God’s people. Indeed, “God’s work, done in God’s way, will never lack God’s supply”. Therefore, we should not resort to underhand methods in raising funds for it.

Though Persian kings were ungodly, God used them to fulfil His purpose. He often raises help for His people from unexpected quarters. Notice also, how the petition letter designed by Tatnai and his cohorts to hinder the work turned out to advance it. Thus, Darius instructed that “the expenses be given out of the king’s house” (Ezra 6:4). Darius reaffirmed the decree of Cyrus and it became the burden of the accusers to supply the Jews with materials needed to complete the building and offering of daily sacrifices to God (Ezra 6:8,9,13; 7:20-23). This accords with the revelation of Scripture that no man can stop the work of God. He knows how to turn the wicked intentions of the enemy to work for the good of His people (Romans 8:28; Genesis 50:20; Psalm 76:10; Esther 7:9). He will also supply all our needs according to His riches in glory by Christ Jesus (Philippians 4:19).

The governor and other subjects of the king acted promptly on his instruction for rebuilding the temple. They did not adjust the decree of the king but as the directive came, “so they did speedily” (Ezra 6:13).

With the support of the king and his subjects, the elders of the Jews mobilised the people and built the temple. They prospered through the ministerial support of prophets Haggai and Zechariah, and the house was successfully completed in the sixth year of Darius. They accomplished this feat within three or four years after recommencement – a project abandoned for almost two decades on the excuse that it was not yet time to build. The successful completion of the work within a short time presents useful lessons to believers. One, believers must display diligence and commitment in all assignments given by God through the leadership of the church. Two, leaders should motivate and inspire members to do God’s work wholeheartedly. The godly influence of prophets Haggai and Zechariah buoyed the builders, making them to finish in time. Unity and synergy among believers will result in great accomplishment in Kingdom service; everyone should contribute according to their measure of divine grace. Three, the church should aim at completing all unfinished projects. The negative trademark of leaving our local church buildings uncompleted after several years should be discouraged, as this is relevant to the project of evangelisation. All believers are to occupy with the great commission until Christ comes (Mathew 28:19,20; Mark 16:15,16; Luke 19:13).

Completing unfinished church building projects requires tact in dealing with all excuse-making, procrastination, indifference, discouragement, self-centeredness and lack of commitment. Where money is needed, we must give sacrificially and tirelessly until the project is finished. At other times when our physical presence and active participation is required, we must not be found wanting. Finishing God-appointed projects requires determination, dedication, diligence, dependence on God and courage to overcome obstacles.

The children of Israel dedicated the completed house of God with joy. They offered sacrifices and offerings as it is written in the book of Moses. It was done the same way Solomon dedicated the first temple. There was no deviation from the scriptural pattern at this moment of celebration, joy, consecration, dedication, worship and service of God.

Though the temple built by Zerubbabel and the returnees was inferior in magnificence to the first one built by Solomon, Haggai prophesied that “The glory of this latter house shall be greater than of the former, saith the LORD of hosts: And in this place will I give peace, saith the LORD of hosts” (Haggai 2:9). This shows that God’s commendation for our contribution and service in His kingdom is based on parameters that are different from man’s. Besides, what constitutes “glory” from God’s standpoint is largely spiritual and not physical splendour alone. Zerubbabel’s temple was built by destitute and impoverished returnees from captivity and it had no splendour or physical emblem of divine presence, such as the ark, like that of Solomon’s temple; yet, God beautified it with His presence and glory. Little is much when God is in it.

The dedication of the temple reminds us how we ought to dedicate our bodies to God. “I beseech you therefore, brethren, by the mercies of God, that ye present your bodies a living sacrifice, holy, acceptable unto God, which is your reasonable service” (Romans 12:1). The body of believers, being the temple of the Holy Ghost, must be kept holy in order to retain the glory of God. “What? Know ye not that your body is the temple of the Holy Ghost which is in you, which ye have of God, and ye are not your own?” (1 Corinthians 6:19). God has chosen to dwell in spiritual temples made of saved and sanctified believers who do His will (Acts 7:48; 17:24,25; 1 Corinthians 3:16; 2 Corinthians 3:16; 6:16; Ephesians 2:21,22; 1 Peter 2:5). However, this does not invalidate the necessity of raising befitting buildings to worship and pray to God. Though our Lord Jesus spoke of His own body as a “temple”, He endorsed the physical temple by attending its services and contending for its sanctity (John 2:19-21; Matthew 21:12,13; Mark 11:15-17).

All the returned exiles celebrated the Passover on the fourteenth day of the first month after the temple was completed. This was another step forward in reviving the true worship of God for these returning exiles. The Passover was an annual celebration commemorating Israel’s deliverance from Egypt (Exodus 12:1-30). Anytime the Israelites were in right relationship with God as a nation, they celebrated the Passover in the spirit of devotion and dedication. The Passover is an antitype of the Lord’s Supper established for the church to celebrate Christ’s death and resurrection until He returns (Luke 22:14-20; 1 Corinthians 11:23-32). It is noteworthy that separation from sin and defilement was a prerequisite for people who participated in the Passover (Ezra 6:19-21). In the same vein, Christians are to be free from all kinds of defilements to be able to partake at the Lord’s Table here and at the marriage supper of the Lamb (Revelation 19:7-9).

In conclusion, God wants all His children to get involved in soul-winning work. Through it, captives of sin and Satan will be set free by the power of Christ’s sacrifice and love. When they are saved from sin, Christ will enter their hearts, rebuild their lives and homes, and give them the hope of living with Him in the heavenly Jerusalem forever.

Rebuilding The Temple And The Enemies’ Opposition

DCLM DAILY MANNA 2 MARCH 2021 – NO TRIUMPH FOR THE WICKED